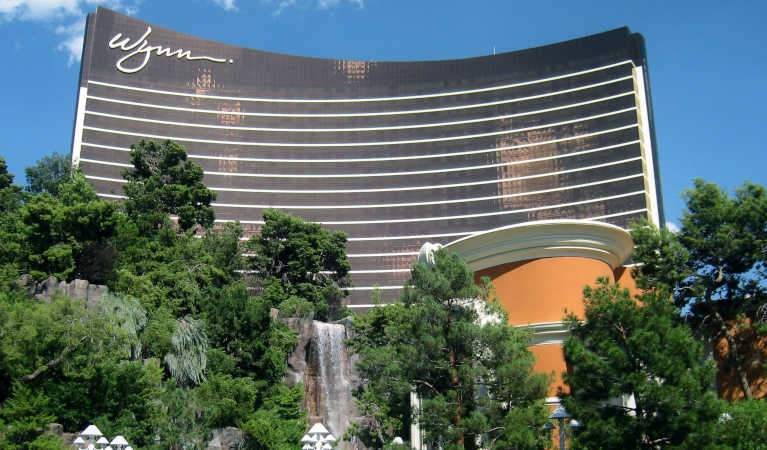 Image credit: Wikipedia Commons
Published on April 11, 2021 10:40 am
Author Ronnie Wilson
Share Article
Wynn Las Vegas is hosting a tournament series with $1 million in the guaranteed prize pool The event series will feature 12 tournaments, four of which will have six-figure guaranteed prize pools Players are welcome to join the action from April 26 through May 9 in what is the latest live poker initiative in the […]

As live poker returns back to normal, Wynn Las Vegas has announced a new $1 million tournament series that will run from April 26 through May 9.

Wynn Las Vegas will host a massive poker event that will feature at least $1 million in guaranteed prize pool spread across no fewer than 12 events. The series is kicking off on April 26 with the tournament buy-ins varying from $300 to $1,100 for some of the most worthwhile prize pools and around $175 for the 10-Seat GTD Super Satellite Event.

Each tournament will come with up to $400,000 in GTD prize money, making the live poker festival one of the most anticipated events and another boost to the quickly-reviving poker scene in the United States.

The series will offer various satellite events that will help aspiring players who come with a limited budget or just prefer to play on merit alone to gain entry into the big showdowns. The events will run through May 9. The first event will be held on April 26 with the $400 Buy-in No-Limit Hold’em Tournament.

The event starts at 12:00 pm local time and players will be able to register for Day 1a and Day 1b on April 27. The first event’s prize pool is $100,000, which is not a bad start to the restart of poker action at Wynn Las Vegas. With the United States slowly lifting COVID-related restrictions, more poker action can finally begin to shape up.

Wynn Las Vegas is hardly the only big game in town, though, with The Venetian announcing its DeepStack Championship Poker Series earlier in April. There will be 53 dedicated tournament tables awaiting players from May through July, Venetian poker manager Tommy LaRosa shared in a tweet.

Meanwhile, the upcoming Wynn Las Vegas poker event is one of the biggest milestones for live poker this year, outside of the return of the World Series of Poker (WSOP) which will be running in both an online and in-person format, following the success of the 2020 online series.

There will be small changes to the décor, though, as Wynn will move the poker room from the Encore side of the resort to Wynn’s and still expect participants to comply with all safety regulations that are put in place to fight the spread of COVID-19. There are four tournaments with six-figure prize pools that will possibly increase as eager players flock to play and try their hand at some of the best casinos out there.

Live poker is finally back and this is really good news.