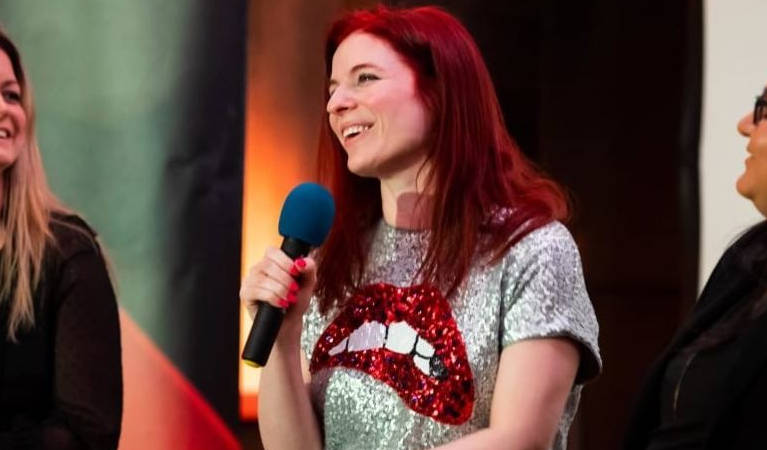 Image credit: PokerStars
Published on March 14, 2021 5:52 pm
Author Kate Barrington
Share Article
PokerStars to reach out to more female poker players in the community through “Our Voices” initiative PokerStars will get more women involved in order to tailor the platform’s product to be a better fit for female players Female poker players are headed for the 15th Anniversary Sunday Million on March 21 On the occasion of […]

On the occasion of International Women’s Day, PokerStars has launched the “Our Voices” initiative to reach out to more female community members.

PokerStars celebrated International Women’s Day by vowing to listen to its female players and seek their opinions. Done so far on a pro-active basis by community moderators, PokerStars is putting more emphasis on the way it collects opinions from female members through the “Our Voices” initiative.

Focusing exclusively on women’s voices in poker, the platform wants to hear from women players and the challenges they face as well as the insights they have to offer back. The initiative focuses exclusively on encouraging discussion of female topics, activities and ideas, the official press statement explains.

Our Voices extends to any woman from the world of poker. Recreational players as well as industry insiders are very welcome to put forward their ideas and make their voices heard. Female players can come together and discuss, and provide feedback, on a range of issues, pitch ideas and make the game more engaging for new female players.

This female perspective would help PokerStars to optimize its product and marketing to better fit the needs of the full array of players. “Poker is a game of equality,” said company associate director of consumer engagement and public relations Rebecca McAdam Willetts.

More Equality in Poker with PokerStars

Willetts added that the women poker community was amazing and that PokerStars wanted to ensure that it’s working with them and make the game better. A lot of research has gone into how to make PokerStars’ products more inclusive and now, argues Willetts, the time has come to start really listening.

“That’s what Our Voices is all about. The amazing women in this industry will lead the way, and we can’t wait to hear what they have to say,” she added. Last week, PokerStars hosted the Women’s Sunday special tournament and awarded three 15th Anniversary Sunday Million tickets to the best players in the event.

The Sunday Million will be held on March 21 and run a sizable prize pool worth $12.5 million. PokerStars has also reached out to community member to send video footage of their thoughts on this year’s International Women’s Day theme.

PokerStars is not the only company to put emphasis on female players in poker, from 888poker to GGPoker.