Is Online Poker Becoming a Reality in New York? 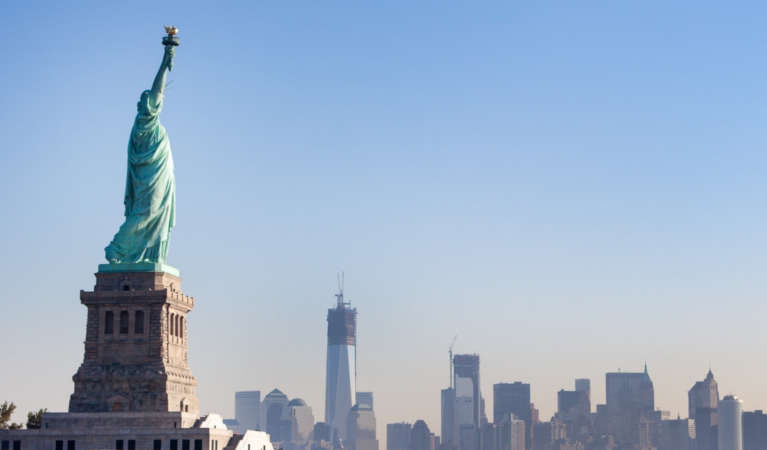 Published on April 11, 2018 8:00 am
Author Kate Barrington
Share Article
Online poker legalization in the US is a big deal. Currently, most states don’t allow online poker. There was even recent news that New York State Senate didn’t include in their budget the allocation for online gambling or poker. But just when everyone thought that things are over, it wasn’t exactly the case. Just when […]

Online poker legalization in the US is a big deal. Currently, most states don’t allow online poker. There was even recent news that New York State Senate didn’t include in their budget the allocation for online gambling or poker.

But just when everyone thought that things are over, it wasn’t exactly the case. Just when the entire poker community thought that the bill to legalize online poker is already dead, there is a chance that the legislation could be approved before the end of the year.

Many Favor the Bill

If you will ask Clyde Vanel, the chair of Subcommittee on Internet and New Technology, regarding the future of A 5250 bill, he is quite positive that New York could actually pass the law later this year. A 5250 is the bill that deems poker as a game of skill and not just luck. And with this bill, it could possibly make poker easier to gain support from legislators.

The Democratic lawmaker even mentioned that the bill already has around 13 co-sponsors. In addition to this, it is possible that it could swell up to 60 to 70 sponsors. Though his predictions may not be happening yet, this could be reflective of the support the bill is getting from legislators.

He told Online Poker Report that “The next few weeks will show some traction for the bill. With enough co-sponsors, I like it to get out of committee and onto the floor. I think we have a good shot of getting it through this year”.

Is There a Fighting Chance?

It isn’t just this year that legislators were trying to advance online poker legislation. In fact, both in 2016 and 2017, poker bill was able to pass the Senate but with the lack of support, the State Assembly simply never took a vote on the measure.

But what exactly makes this year different from the previous years? Vanel mentioned that “It will have no problem getting through the Senate. New York is among the main states that could actually have an online gambling legislation. New Jersey, Nevada, and Delaware are just the three states that have internet poker sites in the US. Pennsylvania is another state that is getting ready for the poker community by getting licenses and getting the operational standards ready.

Given the number of states that are looking to include online poker, New York could actually join the bandwagon.

Vanel, despite the failed effort to include online poker in the state budget, was able to come up with 60 Democrats in the Assembly signing the support of online poker. Though it didn’t appear in the proposed budget, Vanel is looking to make those signatures turn into co-sponsors. He said that “The budget effort didn’t work, but that happens with negotiations”. He added that “What the exercise did is make us see that there’s more support for online poker than we previously thought”.

Are we going to see New York be the fourth state in the US to have online poker? Will the signatures mean that online poker has enough support from legislators that it can become a reality quite soon?