Published on February 14, 2020 12:52 pm
Author Gregg Johnson
Share Article
Poker fans will be able to enjoy an exceptional new Sweepstakes promotional offer, backed by recreational poker platform Zynga Poker and the World Poker Tour (WPT), one of the flagship names in the world of professional poker. Zynga players now have the opportunity to qualify for the WPT Seminole Hard Rock Poker Showdown in Florida, […]

Poker fans will be able to enjoy an exceptional new Sweepstakes promotional offer, backed by recreational poker platform Zynga Poker and the World Poker Tour (WPT), one of the flagship names in the world of professional poker.

Zynga players now have the opportunity to qualify for the WPT Seminole Hard Rock Poker Showdown in Florida, Zynga said in an official statement released to media on February 13. The new World Poker Tour Sweepstakes will offer players a chance to qualify for one final live challenge in Florida.

The promotion begins today, February 14, and it will run through March 6, 2020. All players who join Zynga daily to complete challenges will be entered into a raffle for a chance to win a trip to the WPT event.

As per the official statement, this includes 15 winners who will enjoy an all-expenses-covered trip to Hollywood Florida as well as get a chance to sit down for a pre-paid $3,500 buy-in bout in the WPT Seminole Hard Rock Poker Showdown Main Event.

Sit down for a Session with Tony Dunst

Keen to test your skills? Zynga Poker will offer a workshop training session with none other than Tony Dunst, the renown WPT commentator and champion who has a lot to give back to the community in terms of insight, general poker knowledge and advice players can turn into winning hands.

Speaking on the occasion of the new promotion, Zynga Poker President of Publishing, Bernard Kim, had this to say:

Zynga Poker players love competition, and now they’ll get to put those skills to the test at an elite, high stakes tournament.

Our players know the ins and outs of the game and how to approach a hand – but with the help of WPT and poker icon Tony Dunst, they’ll have the opportunity to learn from the best how to handle the pressures, etiquette and excitement of a live tournament.

Dunst is definitely the right man for the job. He has accumulated $4 million in net winnings over the course of his ten-year career and Zynga players will have the outstanding opportunity to learn from a well-seasoned veteran.

Not least of all, Kim noted that the tie-up between Zynga and WPT is another chance for up-and-coming poker talent to accelerate their learning curve and break on the professional poker scene at once.

The event in the spotlight, the WPT Seminole Hard Rock Poker Showdown, excites a proper buzz around itself. The Florida casino floor will be busy from April 16 through May 5. The Main Event starts on May 1.

The last entry for the Main Event closes on May 2 and the $3,500 buy-in event will conclude on May 5 when six players will be drafted to make a final appearance later in May at the HyperX Esports Arena, another WPT partner in Las Vegas. 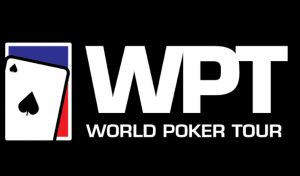 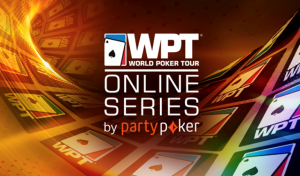 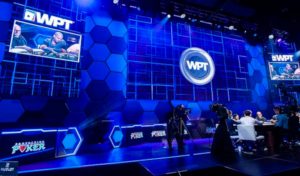 WPT Arrives at the HyperX Arena for Final Tables

The World Poker Tour has announced the dates for the final tables that will be held at the HyperX Esports Arena, the Las Vegas multi-purpose venue hosting competitive video gaming and top-notch poker competitions in equal measures. Poker and Esports Closer Together under the Roof of HyperX Back in May, 2018, the World Poker Tour […]