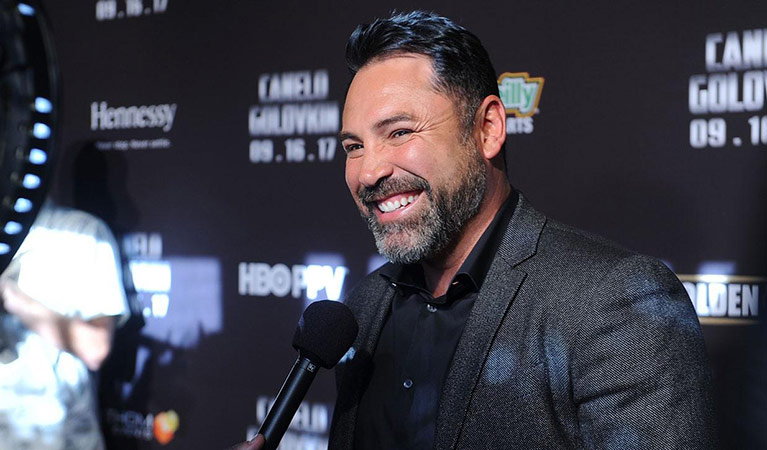 Published on December 30, 2017 12:20 am
Author Adam Mason
Share Article
Just a little over a month after Floyd Mayweather made his debut in the online gambling industry though a new social poker app known as ‘Wild Poker’, Oscar De La Hoya has also hopped onto a poker deal. De La Hoya has signed a letter of intent with World Poker Fund Holdings (WPFH) in a […]

Just a little over a month after Floyd Mayweather made his debut in the online gambling industry though a new social poker app known as ‘Wild Poker’, Oscar De La Hoya has also hopped onto a poker deal. De La Hoya has signed a letter of intent with World Poker Fund Holdings (WPFH) in a licensing deal that is intended to see the Olympic gold medal winner and Golden Boy Promotions branding utilized on WPFH social as well as real-money slot machines.

This year’s festive season has been a very busy one for the World Poker Fund Holdings – other than the deal it inked with De La Hoya, the company also launched a subsidiary called Celeb Gaming LLC. Hot on the heels of the subsidiary’s launch was a new deal that seeks to provide 400 brick-and-mortar casinos and 90 US Indian Tribes with slot machines in 2018. The slot machines that will be delivered to these locations and people will feature the De La Hoya branding.

WPFH Venture into Spain and the Crypto World

The company further announced that it would be venturing into the cryptocurrency business by participating in an Initial Coin Offering (ICO) via its new digital currency subsidiary so as to raise funds for its projects. This particular endeavor has already kicked off after the signing of a term sheet to acquire the intellectual property digitally currency wallet whose name is yet to be officially revealed – this will be integrated into the WPFH’s gaming platforms.

The $50 million Initial Coin Offering that the company plans to launch by before the second quarter of next year will allow for the integration of blockchain into the social games they offer. At the moment, it is still unknown which cryptocurrency or what blockchain they will use but this information should be availed to the public as soon as the stakeholders reach a consensus in regards to which direction they should go. The cryptocurrency that the company will settle on will be filed with the U.S Securities and Exchange Commission under Regulation D 506(c) – this will further allow accredited investors to rake in some revenue from dividend payouts in form of the chosen cryptocurrency. Also, once launched, the cryptocurrency will be traded through a SEC-regulated Alternative Trading System (ATS).

“We are excited to be developing a coin catered to the gaming world. This ICO will not only integrate our digital currency into casino games and apps, it also allows WPFH a funding mechanism to develop and integrate blockchain mining technology into our projects,” said WPFH Chairman, Travis Kasper.

Finally, WPFH is also making moves in the Spanish gambling industry. In a recent press release, they announced that Spanish authorities have given the company an online gambling license and they plan to establish an online gaming casino in Castilblanco, Spain. WPFH is further seeking to acquire a license for a brick-and-mortar casino in the same region.