Published on May 21, 2018 7:37 am
Author Kate Barrington
Share Article
Poker Central has decided to inaugurate rake-free-free high roller event which will whet the appetites of established players. The next season’s ARIA High Rollers will have a freshly-coined recognition known as the ARIA High Roller Player of the Year award. High rollers have been particularly popular daredevils in the field of gambling. They have contributed […]

Poker Central has decided to inaugurate rake-free-free high roller event which will whet the appetites of established players. The next season’s ARIA High Rollers will have a freshly-coined recognition known as the ARIA High Roller Player of the Year award.

High rollers have been particularly popular daredevils in the field of gambling. They have contributed a fair bit to the overall competitive landscape and have played some of the most spectacular games in recorded poker history.

When high rolling popped into existence many envisaged it’s occasional, if not imminent, demise. The main qualm was that buy-ins were too high to indulge and as such, the events would peter out because of the lack of interest. However, high rolling is very much alive and endorsed by players across the whole spectrum.

If you are visiting regular operators, you may be one of the brave souls to partake in the high money games, which is quite commendable. Still, Poker Central’s ARIA HIGH Roller Player of the Year award is the ultimate acknowledgement of the prescience and attitude these players have, even when precious amounts are being wagered.

Players may start competing for points as early as the end of May, starting with an ARIA event, which will sport $25,000 in prize money. The whole initiative will extend all throughout 2019 and finish with the Super High Roller Bowl in the same year. Poker Central will continuously award points to the top-performing players, rewarding those at the top of the leaderboards with tangible awards.

An additive pro the whole arrangement lies in the fact that the winner of the upcoming competition will also be allowed into the ARIA High Roller leg without having to worry about the rake fee.

The events that the winner will be able to participate without committing part of their proceedings to the operator are The Poker Masters, the US Poker Open, and the Super High Roller Bowl. Poker Central will be awarding a varying number of points with the first five spots claiming a rather more substantial sum.

More About High Rolling – Shine the Spotlight on Asia

According to the Bank of America Merrill Lynch, high rollers tend to proliferate in the Asian gaming markets, and the most popular game there is baccarat. Poker high rolling in Asia is a bit of an outlier precisely for the hefty entry costs it commands.

Despite the heavily stacked odds against them, high rollers in poker have been quite abundant. A few notable examples are Don Johnson who managed a $15 million victory in a few days.

Archie Karas is another success story and one of the best players in the world. He managed to amass $40 million starting rather modestly with $50, following a loss in 1992. The world of poker is certainly full of ups and downs when it comes to high rolling. He had a quick brush with a San Diego casino, claiming that Mr Karas had been marking cards.

A formal endorsement of the segment and acknowledgement of these players is both a good way to involve more people with the rather precarious game and a way to express gratitude towards broadening the horizons of the game. More stars are now in the making. 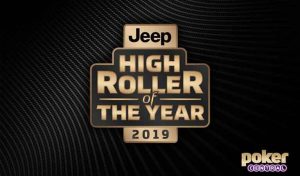 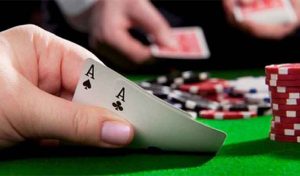 More Poker Tournaments to Look Forward To in 2019

It is already the third month of the year and as always, everything is beginning to take shape. For gamblers, more so poker players from all around the world, this means that most of the anticipated tournaments are just about to kick off in major ways. It is undeniable that there have already been a […] 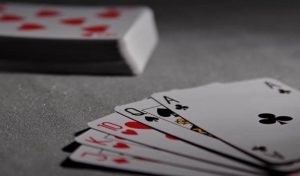 Poker tournaments in the United States are quite the common sight. Some are already institutionalized as indelible part of the country’s identity whereas others are only beginning to gain traction. The U.S. Poker Open is an event that is only now shaping up as a major pow-wow. U.S. Poker Open Is Back Again The second […]