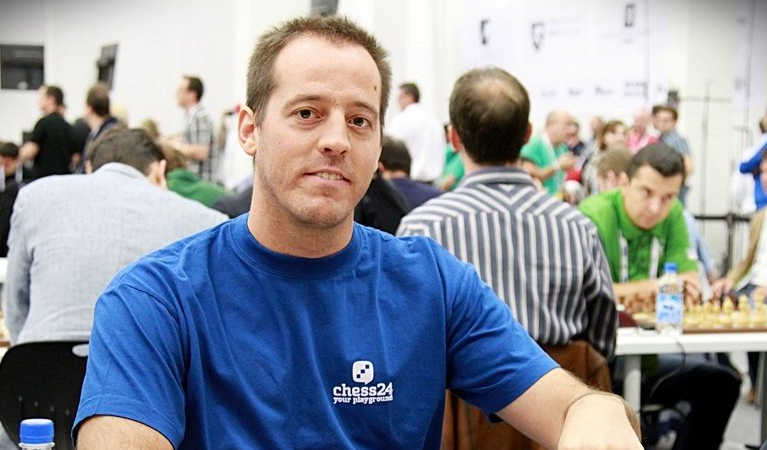 Published on March 28, 2018 8:00 am
Author Kate Barrington
Share Article
Both chess and poker have a common ground. For this reason, it isn’t really farfetched that we see the likes of Grandmaster Francisco Vallejo Pons try to cross over to poker. But do all crossovers produce good results? In Vallejo’s case, it isn’t always a good idea. He was already a chess Grandmaster at the […]

Both chess and poker have a common ground. For this reason, it isn’t really farfetched that we see the likes of Grandmaster Francisco Vallejo Pons try to cross over to poker. But do all crossovers produce good results? In Vallejo’s case, it isn’t always a good idea.

He was already a chess Grandmaster at the age of 16. He was seeded fourth in the European individual, which is a tournament that he co-championed back in 2013. It was one of those important chess tournaments that he was able to qualify for 2019 FIDE World Cup. However, last week, Vallejo posted on Facebook sharing his personal troubles that now keeping him from playing chess. He mentioned that “how an idyllic life can turn into a disaster at great speed”.

He mentioned that in 2011, he played some online poker for fun even saying that he isn’t a gambler. He lost everything, and according to him, a few thousands and then stopped playing. However, the problem started in 2016 when he received a letter from the Spanish Tax authority.

According to him, “I received a letter from the Spanish tax authority requesting more than six figures! More than half a million euros because I played poker and I lost. It seems a macabre joke, but it is not, from that moment begins a snowball that crushes you”.

According to the explanation of Vallejo, it is all about bad timing. The Spanish chess Grandmaster played a bit of poker in 2011 only to yield losses and call it quits. However, a Spanish law that was eventually changed in 2012 was applied saying that “online gambling winnings be subject to a 47% tax, while losses cannot be deducted”.

Though Vallejo had over €1 million in online poker “winnings”, he lost more to net a small loss. Now, this is where it becomes tricky. The old Spanish law simply ignored the loss column and proceeded to go after the winnings. And for this reason, the Spanish government is demanding Vallejo to pay the more than €500,000 that represents his 47% winning.

Not a Poker Player

According to him, he doesn’t consider himself as a poker player. In fact, he still considers himself as a chess player. He mentioned that “I would say that I was not even a big fan. I read some books at the time, but I do not fit at all in the profile of a ‘player’. I thought I could win and when I realized it was not like that I left it. It is a very repetitive game and unlike chess, you really do not enjoy playing a lot”.

He assumed that it was a mistake on the part of the government in 2016 when he was contacted for his tax problem. The problem was that he never even was able to withdraw money from an online account to his bank mainly because he ended up losing a few thousands of what he initially invested.