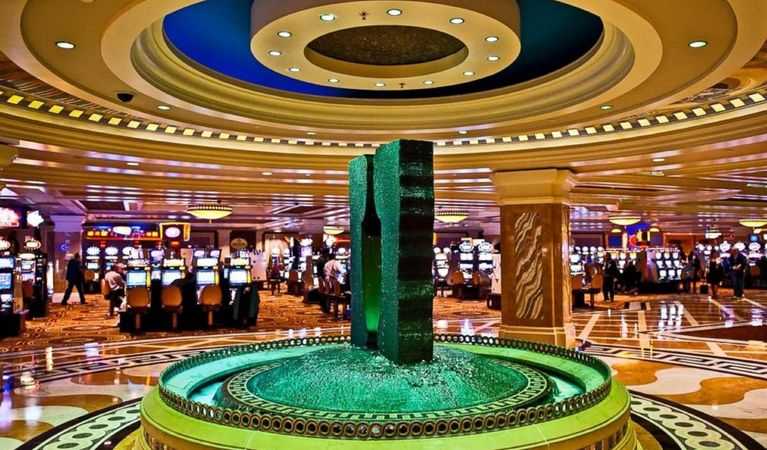 Published on July 18, 2018 5:00 pm
Author Ronnie Wilson
Share Article
Japan has been on the cusp of legalizing its gambling industry and dragging poker in its wake. However, new allegations have surfaced against one of the main proponents of the burgeoning industry in the country. Caesars Entertainment, the Asia Gaming Brief has reported, may have tried to illegally influence the outcome of the future gambling […]

Japan has been on the cusp of legalizing its gambling industry and dragging poker in its wake. However, new allegations have surfaced against one of the main proponents of the burgeoning industry in the country. Caesars Entertainment, the Asia Gaming Brief has reported, may have tried to illegally influence the outcome of the future gambling legislation that has been in the Japanese Diet for a fair while now.

According to Asia Gaming Brief, representatives of Caesars Entertainment have been approaching politicians and not only canvassing support, which is well within the norms of conducting any sort of business, but also offering monetary incentives to tilt the outcome of the bill.

Enough to Wobble the Skies

Such allegations come at a particularly important time. For starters, the casinos are not really endorsed by other than the sitting government of Shinzo Abe. Mr Abe has been quite happy to land his support for the future of the iGaming industry.

However, the sentiment across the country has been reserved, to say the least, with addiction being one of the cited reasons. This is the first time politicians from all stripes have rallied under the banner of a common cause which has to do with something as divisive as gambling, and the introduction of poker as table game at future resort facilities.

What has triggered the landslide of negativity? According to the investigative journalism done by Asia Gaming Brief, Ceasar’s representative, Jun Okawa has purchased a ticket to the fundraisers of politicians.

However, Caesars has also been quite vociferous about the case, stating their intent that they would rather not keep it under wraps and boldly step into the light, defending their position. According to the company, it has been a longstanding tradition for it to attend such meetings, not least of all to discuss possible future business.

However, Caesars firmly denied having had the intention to influence any number of politicians, arguing instead that it was seeking to conduct business in a spirit of openness and transparency.

May We Not Undo the Good

With the Japanese gambling bill almost cleared through the Diet, it would be foolhardy to undo all the progress that has been made so far. Indeed, Caesars make a strong point by arguing that it’s unlikely for a single fundraiser to set in motion the wheels of a conspiracy as intricate and profound as the magazine suggests.

We are inclined to agree with Caesars without necessarily supporting them as well. It’s quite evident that a single analyst couldn’t influence the majority of politicians, least of all in honour-bound Japan where such ties with business are fought back against.

What Japan needs to do moving forward is to decide what the scope of its gambling activities would be. Poker has long been a debated topic and hopefully, the country will muster up enough courage to introduce one of the most skill-intense table games of the gambling industry.

However, it would help a great deal to shake off any suspicion of foul play, including the most innocuous hobnobbing at a party dinner. Justice, after all, shall be done.