Published on June 7, 2019 8:04 am
Author Adam Mason
Share Article
Technology giant Apple has recently changed some of its guidelines that pertain to how real money gambling apps are accepted into its App Store. As such, if you are one of the people who have been enjoying online gambling services from your iPad or iPhone via an app, you should brace for some very significant […]

Technology giant Apple has recently changed some of its guidelines that pertain to how real money gambling apps are accepted into its App Store. As such, if you are one of the people who have been enjoying online gambling services from your iPad or iPhone via an app, you should brace for some very significant changes to your overall gaming experience. In fact, the apps that will not be in compliance with the new guidelines by September 3 will be purged from the App Store till such a time when they develop apps that meet the new requirements which require all of them to be iOS native.

At the moment, the majority of the existing online gambling apps on the App Store are not iOS-native. Instead, these apps are mere “wrappers” for HTML 5 games. While native iOS apps are known to load faster and offer more functionality, many game developers have shied away from them because they are not only more complex to build but they cost much more to develop and take longer. Furthermore, HTML 5 games and gambling apps are mostly hybrids that can be deployed across multiple platforms and operating systems with relative ease – for instance, only one set of code is required to either upgrade or patch them.

What It Means for Players

As mentioned earlier, this move is likely to be greatly beneficial to iOS users. In essence, the user experience will go to the next level as native apps not only act quicker and have more features but they are also more secure. The only trade-off would be the fact that users would have to upgrade native apps instead of having upgrades being automatically applied on the operator side. This is usually a compromise that many users are willing to go along with.

What It Means for the Operators

Naturally, most large online gambling operators will not have a lot of trouble complying with the guidelines by developing iOS-native apps. However, this might not be the case for the smaller gaming operators especially given the limited time span they have to develop the apps. That said, the most likely scenario will see the developers shift their focus to developing mobile-optimized versions of their gambling services instead of spending more money and time developing the native apps.

Apple has had a rather uneasy relationship with gambling apps and has even shown that it is more than willing to purge country-specific App Stores of gambling product at the request or demand of the officials. The implications of these actions have had far-reaching effects on the gambling industry and therefore it would not be surprising to see certain non-gambling apps getting caught in the cross-fire. 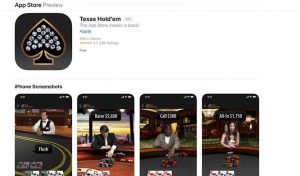 The year has been quite an eventful one for gamblers who use iPhones. Recently, Apple released some new guidelines pertaining to the development of native apps by gambling operators. As expected, this has had a huge impact on how gamers access their favorite casino games especially as companies adjust so as to be in compliance […] 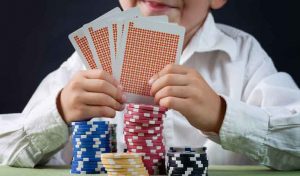 NHS To Open Gambling Addiction Clinic for Children as Young as 13.

There have been growing concerns that online gaming sites and targeted advertisements have been fueling the rise of problem gambling among young people in the United Kingdom. A number of initiatives have been launched in the recent past to address the issue and tackle the problem with one of the latest being plans by the […]

For the first in a very long time, the New Jersey online gambling sector recorded a monthly decrease in revenue during the month of April. While it has become a norm with online poker, it is still quite unusual for online casinos to decrease from month to month – a substantial decrease is even harder […] 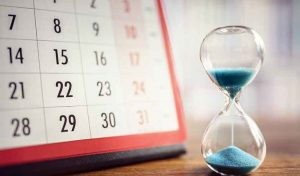 Interactive Gaming to Go Live in Pennsylvania on July 15

Nearly a year and a half since the governor of Pennsylvania signed into law legislation that proposed statewide gambling expansions, the Pennsylvania Gaming Control Board has finally announced the official launch date of the state’s online gambling industry. Thankfully, online gaming enthusiasts within the state’s borders will only have to wait a little less than […]