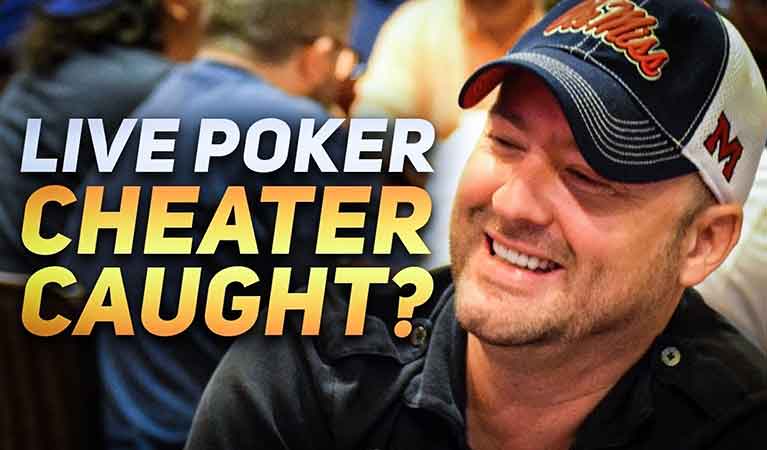 Published on October 4, 2019 8:24 am
Author Natalie Summers
Share Article
The poker community has recently been rocked by an alleged cheating scandal on Stones Live Poker, a cash game live-stream show that is held at the Stones Gambling Hall in Northern California. The issue at hand has been subject to a ton of debates. Joey Ingram even went as far as dedicating a 5-hour long […]

The poker community has recently been rocked by an alleged cheating scandal on Stones Live Poker, a cash game live-stream show that is held at the Stones Gambling Hall in Northern California. The issue at hand has been subject to a ton of debates. Joey Ingram even went as far as dedicating a 5-hour long YouTube video where the situation was scrutinized and analyzed.

What the Fuss Is All About

Needless to say, cheating in poker has been a hot topic for quite some time. That said, it is quite easy to see why this issue is such a big deal.

Mike Postle, one of the regular players at the Stones Gambling Hall, was accused of cheating during some live-streamed cash game sessions at the casino. These allegations were made by Veronica Brill who is known as “Angry Polak” in the poker community. Her accusations were made in a lengthy Twitter thread where she laid out some evidence that includes several video clips of hands that played by Mike Postle.

The video footage that was presented as evidence showed a number of questionable decisions that were made by Postle. Even Joey Ingram admitted that there was something fishy going on. He showed this in the recorded footage that he showed during his 5-hour YouTube analysis.

Viewers noted that Postle did not make an incorrect decision and sometimes even folded monster hands when he was beat. Apparently, he folded even in situations where the toughest poker players in the world would find it difficult to fold.

Now, it is important to note that Veronica Brill pointed out that she was not entirely sure if Postle was cheating but she was betting that there was a good chance that he was. Her claims have since been backed by a number of poker pros who she has refrained from naming.

Initially, Stones Gambling Hall revealed that they had conducted an investigation and found that the Postle had no wrongdoing. However, a lot of pressure has been mounted on Stones as more members of the poker community weigh in on the issue. As such, the casino will be reopening the investigation. The first step it took in this regard was to suspend all of its “Stones Live Poker” streams indefinitely.

“We have also, as a result, halted the use of RFID playing cards. We have taken these steps proactively while we conduct a multifaceted and thorough investigation into every element of these games,” reads a statement from the poker operator.

Despite the reopening of the investigation Stones has still come under fire. A number of people who are disappointed that the company intends to carry out the investigation itself. Ideally, the job would be best suited for an independent or third-party investigation team.