Steven “SvZff” van Zadelhoff on Track to Be World No.1 Online Multi-Table Tournament Player of 2017 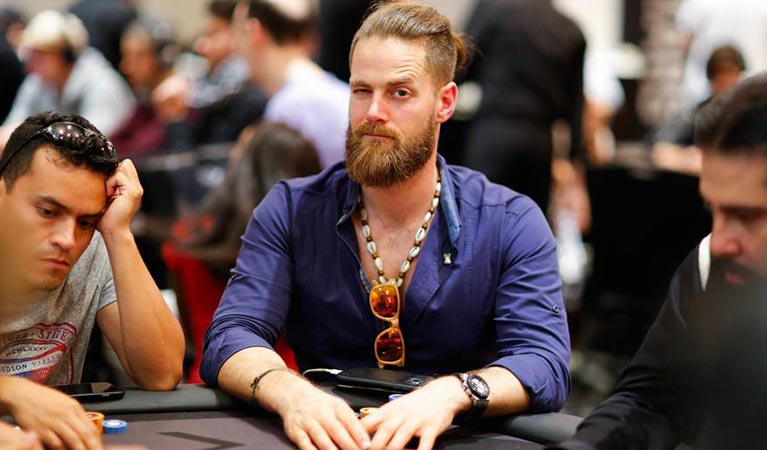 Published on December 20, 2017 3:26 am
Author Kate Barrington
Share Article
While many of us ignore our bank balances and just about any other money-related news during this time of the year, there are in fact certain select individuals who most certainly do not have to worry about their bank balances during this festive season or any season going forward. No, these people are not bankers, […]

While many of us ignore our bank balances and just about any other money-related news during this time of the year, there are in fact certain select individuals who most certainly do not have to worry about their bank balances during this festive season or any season going forward.

No, these people are not bankers, actors or athletes; these professional poker players are due to scramble the works, as they move forward.

One can only imagine the thrill of Steven “SvZff” van Zadelhoff after he won the PokerStars World Championship of Online Poker this year. It was reported that over the course of one weekend he managed to accumulate more winnings through the online championship than his ten years of playing live games, according to Calvin Ayre. The winner has more than serious poker skills hiding up his sleeves, or rather should we say his beard, because his beard has become something of an iconic attraction within the professional poker world.

SvZff emerged victorious from the $250,000 Guaranteed Title Fight that was put on as the highlight event for the world championship. The high prize money drew many competitors from all backgrounds to the tournament, the entry buy-in was $215 and this resulted in a total amount of players exceeding 1050 poker players within this particular game-set. Hence, you can imagine the thrill of being able to emerge as the victor for these few days.

Not only did SvZff walk away with the promised prize money for the title fight within the tables, he also walked away with $43,000 and therefore, he will most certainly be returning the following year.

If you’re wondering what kind of competition he faced at this event, well let’s explain, the buy into the table was $215 and this led to around 1000 players preparing to grab the cash.

However, as you are already aware, SvZff completely and utterly won in all its entirety, over the course of a weekend he managed to do away with over 1000 opponents including players who were very high up on the leaderboard itself. But if you were wondering if this was all smooth sailing or a situation where everyone knew who would be winning from the very beginning of the competition then you would be wrong. This competition like all great tournaments had quite serious highs and lows, in many unexpected ways.

Interestingly, the leaderboard for the poker championships mirrors the winnings of the poker championships, which is a phenomenon that hardly ever happens. Have you ever considered playing online poker, it seems that this is becoming more and more popular over the years, and with the winners slowly but surely accumulating more and more significant earnings over time, online poker could just be the way to go. What’s stopping you from joining SvZff at the tables at the next PokerStars World Championship of Online Poker?