Poker Players Are Most Likely Gambling on Other Games? 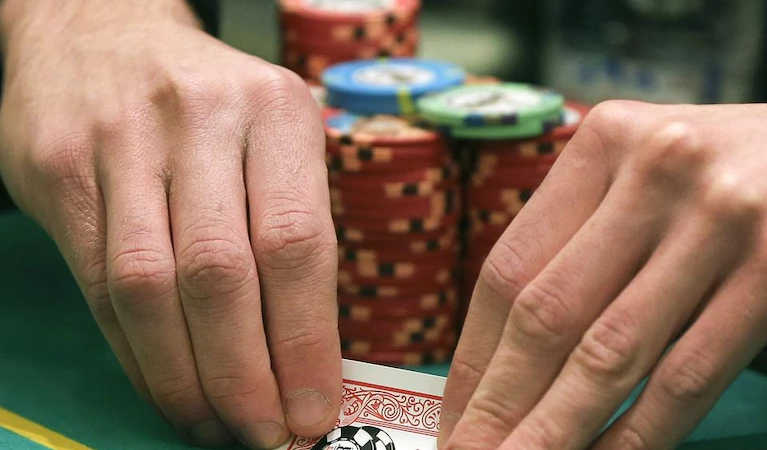 Published on February 17, 2018 8:00 am
Author Natalie Summers
Share Article
Poker is a great game to play especially for those who love to strategize. However, in a study conducted by the Australian Gambling Research Centre, they’ve discovered that many poker players go into different forms of gambling that could impact a person’s mental health. If you’ve visited a casino before, you will notice that a […]

Poker is a great game to play especially for those who love to strategize. However, in a study conducted by the Australian Gambling Research Centre, they’ve discovered that many poker players go into different forms of gambling that could impact a person’s mental health.

If you’ve visited a casino before, you will notice that a poker room is somewhere in the middle of the casino floor. It was located near the other games including slot machines and table games. If you will base this observation on what Australian Gambling Research Centre discovered, it does make a lot of sense. Its goal is to allow the gamblers to have access to different games.

Poker Enthusiasts Are Into Gambling?

How serious is the problem among poker players? 40% of those who love to play poker are actually at risk of being addicted to gambling or having mental problems. However, the research also discovered that poker itself may not be the direct cause of the addiction. It was simply discovered that poker players are also addicted to other forms of gambling from slot machines to playing blackjack.

Andrew Armstrong was the lead researcher for this study. He mentioned that poker players are most likely losing more money on other forms of gambling than poker. On average, a poker player loses around $3,673 on other forms of gambling compared to losing just $1,758 on poker. And there is an explanation about these numbers.
He further explained that “Poker is a form of gambling which players go into with a sense of control over their risk, more than other activities in particular. You can estimate your level of skill against your opponent by virtue of an immediate win or loss, the way the money is moving, the way the table is shifting”.

The data that was collected for the study was from the annual household income and labor dynamics in Australia survey. It has shown that some of its demographic info is mirrored by those who play poker on a regular basis. Who are the most likely individuals to develop a gambling problem? Males who are under 50 and who are working full-time jobs and are less likely to have a college degree are the ones who are usually into this kind of activity.

Gambling Addiction is a serious concern that would need immediate help. Not only does it affect you financially, this can also create problems among your family members. Signs that someone is already addicted to gambling include compulsive gambling habits and even lying about the extent of one’s gambling activity. And worst, there are some gamblers who also resort to illegal activities such as theft in order to generate funds for their habit.