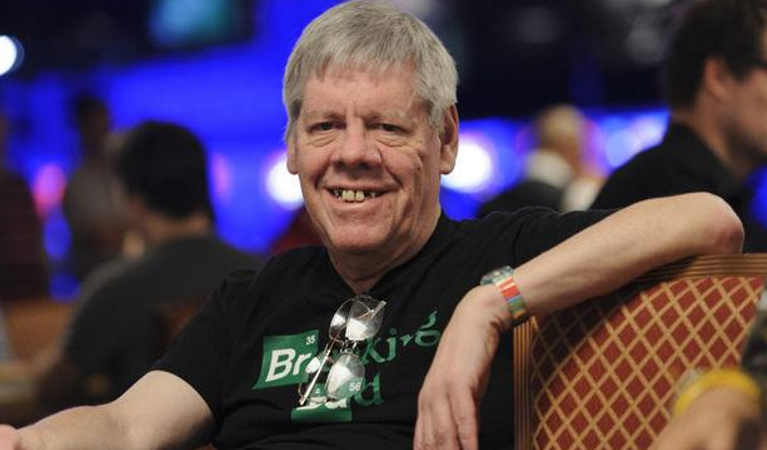 Published on March 7, 2018 8:00 am
Author Natalie Summers
Share Article
Paul “X-22” Magriel reportedly died yesterday at age 71. The news was able to hit the poker world after Bill Robertie mentioned of Magriel’s death. He wrote, “I’m sad to have to report that Paul Magriel passed away yesterday”. He added that “He was found dead in his apartment by his assistant who was helping […]

Paul “X-22” Magriel reportedly died yesterday at age 71. The news was able to hit the poker world after Bill Robertie mentioned of Magriel’s death. He wrote, “I’m sad to have to report that Paul Magriel passed away yesterday”. He added that “He was found dead in his apartment by his assistant who was helping him work on a new book. No other details are immediately available”.

Following the report of Magriel’s death, Eric Seidel has offered his thoughts on the late poker pro via twitter. He mentioned that “He changed the game with his book, was a generous and enthusiastic teacher”. He also said that “He changed my life and the lives of many others”.

A Look Back at Magriel’s Career

Though he excelled as a poker player and a backgammon player, Magriel initially was a chess player during his younger years. He was able to become the New York State Junior Chess Champion at age 19 while still studying at New York University.

Magriel eventually had the name X-22 in the backgammon circuit. He was arguably one of the most successful players in backgammon history. His moniker X-22 originated from Magriel’s simulation of a real backgammon tournament. It is comparable to a simultaneous exhibition in chess wherein one player faces multiple other opponents. With 64 boards, the player that was designated X-22 eventually one.

Paul as a Poker Player

He is also known in the world of poker. Magriel was able to have notable finishes especially during the mid-1990s in Europe when he played in London, Paris, and Vienna. He excelled in Omaha, Hold’em and Seven-Card Stud events. In 2002, he was able to win a €2,000 no limit hold’em event in France. He was able to defeat the likes of Pascal “Triple P” Perrault, Patrick Bruel, and Simon “Aces” Trumper. In this particular tournament, he was able to get the €48,600 prize.

Though he may not be able to be remembered as one of the best players in poker, he is known for his M-Principe or better known as the M-ratio.

Magriel will often be heard shouting “Quack Quack” while making a bet which has a numerical value beginning in 22. This is made as a reference to his nickname X-22 because a pair of 2’s are known in backgammon as double ducks and poker as ducks. Overall, he was able to exceed $490,000 in total winnings as of 2010.