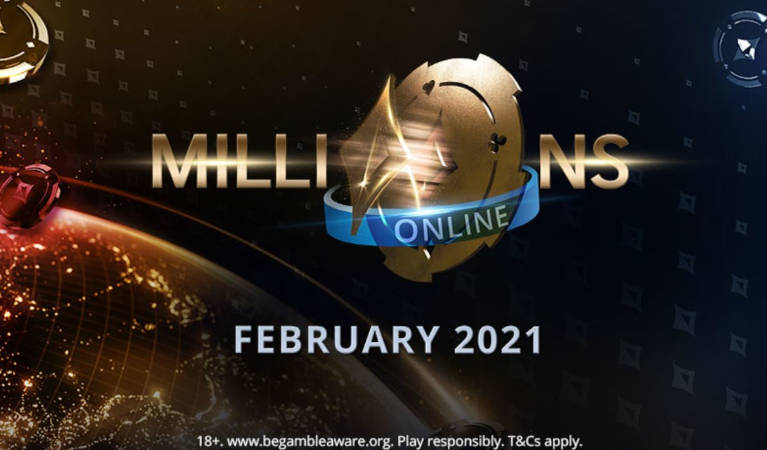 Credit: Partypoker.com
Published on January 19, 2021 11:39 am
Author Gregg Johnson
Share Article
Partypoker will reintroduce the MILLIONS Online format on February 21 with a $5M in GTD prize money for the Main Event The card room will run a Mini Main Event with $1M on the line in prize money and $1,100 buy-in Partypoker will run numerous satellite events between January 24 and January 31 for a […]

In February, PartyPoker is returning with the MILLIONS Online tournament series that will feature a $5 million Main Event and a $1 million Mini Main Event.

PartyPoker MILLIONS Online is kicking off next month and it will once again reunite a vast competitive field between February 21 and March 3. The tournament will have two starting days and allow reentries.

In the weeks leading up to the event, there will be numerous satellite tournaments to join for a chance to get a bite out of the $5 million Main Event at the MILLIONS Online, which will require a $5,300 buy-in paid upfront or a qualification from one of the satellites instead.

Partypoker’s success in leveraging massive online events predates that of the World Series of Poker, which was forced to opt for an online format in 2020 and caused a bit of controversy after it de-titled the winner, Bulgarian poker player Stoyan Madanzhiev, and then re-hosted the event in Las Vegas.

Partypoker, though, is unambiguous about the way it wants to hold its events. The MILLIONS Online is precisely what the name suggests and players will get in on the action starting on February 21.

Meanwhile, qualifying events will continue to run and offer players various opportunities to win tickets for the various well-paid events. Tweeting about the news, Partypoker shared that there are 10 packages worth $5,300 allowing you to enter directly into the Main Event, and specifically:

Players need not strive for the Main Event if they feel the stakes are way too high for them to really make an impact. Instead, players can opt for the $1,100 buy-in for the Mini Main Event, which will sport a hefty $1 million in prize pool money, notwithstanding any contributions based on interest in the event. There will be 25-minute levels and registration will last through Level 9.

Qualifying for Events Are Easy with PartyPoker

As mentioned before, partypoker is happy to keep running numerous events that are a gateway to the biggest competitions. Most of the qualifying events are worth just $0.01 and will give anyone a chance to make their way to the top.

The main chunk of satellite events will take place between January 24 and 31 and the company will offer 20 seats for the Mini Main Event worth $1,100, enough to buy you in into the ancillary Main Event.

Partypoker is also looking to grow this year, eying an entry in the newly-regulated online market in Michigan that is expected to launch at some point in January. However, poker may need to wait until later this year. 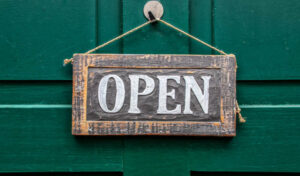