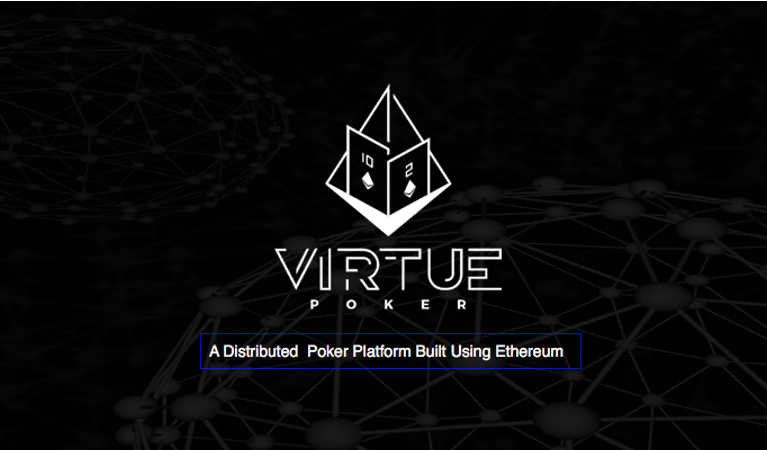 Published on March 31, 2018 8:00 am
Author Natalie Summers
Share Article
By now, you may have heard of the value of cryptocurrencies and blockchain technology. There are different businesses out there that have attempted to reinvent themselves by taking part in the crypto hype. One company in particular that has joined the crypto-bandwagon is Virtue Poker. Virtue Poker is an online poker site that made use […]

By now, you may have heard of the value of cryptocurrencies and blockchain technology. There are different businesses out there that have attempted to reinvent themselves by taking part in the crypto hype. One company in particular that has joined the crypto-bandwagon is Virtue Poker. Virtue Poker is an online poker site that made use of smart contracts on the Ethereum blockchain. For the less techy, individuals, these are apps developed within the Ethereum network that allows Virtue Poker to launch a token sale.

The token sale will be held on April 25, 2018. This will coincide with the alpha release of the platform. Unfortunately, those who are residing in the US will be unable to participate from the token sale.

The idea behind this innovation was made by ConsenSys. The goal of this innovation is to alleviate the concerns that have threatened the integrity of the online gaming industry. This includes the security of the funds of its users and gameplay fairness.

According to the founder of Consensys and the co-founder of Ethereum, Joseph Lubin,” Virtue Poker represents a bold early step towards revolutionizing the online gaming industry”. He also added that “by enabling players to be in full control of their asset except in the moments that they are held in escrow by a smart contract, and by creating a framework within which shuffles are probably fair, Virtue Poker ups the ante regarding user-friendliness and security for the online poker and gaming industry”.

Virtue Poker made use of the Ethereum blockchain in protecting the funds of its users thanks to the availability of smart contracts in the cryptocurrency. With this, it means that there is no need to have a third party. This feature and the community’s token sale along with the testing phase design are among the things that can create transparency and accountability within the site.

Also, another issue that has been addressed is the hackable server. Virtue Poker utilizes a secure distributed shuffling mechanism that addresses this concern.

Virtue Poker’s goal is to create a strong community of users via token sale. It grants buyers access to the alpha and beta releases of their blockchain-based poker site. The site is expected to begin on May 22, 2018. Instead of playing real money, the users can test the poker website with its special test-only tokens for now.

Virtue Poker sees early adopters to play a critical role in developing the system by providing them with the necessary feedback and suggestions. This way, the website will be ready and expected to be available to the public around the latter part of the year.

The token will have different uses. For instance, it can be used as an in-game currency or it can also provide access to special tournaments. In addition to this, it will enable users to stake tokens and validate hands on the network in exchange for fees from players.

Ryan Gittleson, who is the CEO and the co-founder of Virtue Poker mentioned that “The lack of transparency and accountability in the practices of many online poker companies presents a great opportunity for blockchain technology to showcase its utility in a manner that will please both players and regulators”.